They’ll Be Back… Tonight 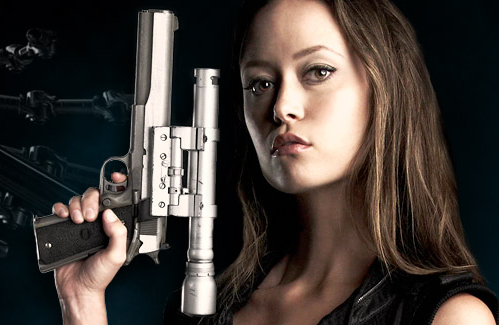 Tonight, “Terminator: The Sarah Connor Chronicles” returns to Fox.  Five scenes from the premiere have been released on the show’s official website, and you can check out the season’s awesome teaser poster here.

The first episode of season 2 is titled “Samson & Delilah” and takes place directly after season 1’s clifhanger, where Cameron was caught in a Jeep explosion. The official description: “After the Jeep explosion, John’s 16th birthday makes him confront the fact that he’s destined to be alone. Meanwhile, after Cromartie’s massacre, Agent Ellison must face off against both the Feds and his faith.”

Posted on September 8th, 2008 by ThePit | Leave a Comment (1)
Filed Under Entertainment