Book to Film: How to Lose Friends and Alienate People 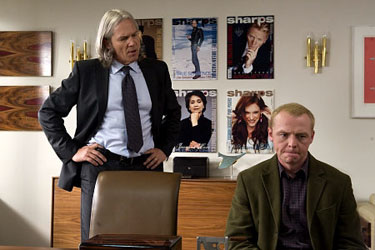 I’m not quite sure how Toby Young’s life story came to be a book or a movie, but luckily they got Simon Pegg to translate Young’s arrogance into comedy. 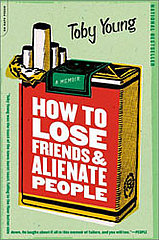 The Book:
Reading this book made me angry. Throughout Toby Young’s memoirs you want to reach through the pages and strangle him for being such an enormous idiot. And yet, he is presented with opportunity after opportunity that he continues to mess up in one way or another. Young’s memoirs follow him from the start of his career at The Modern Review in London to his years at Vanity Fair in New York and through his descent into oblivion after messing up every opportunity handed to him. The memoir reads like fiction, and would be a quick, funny read if Young didn’t go off on so many uninteresting tangents. It’s as though once the word restrictions of journalism are lifted he’s got so much to say, regardless of whether it’s relevant or not. His tendency to ramble and vast amount of name dropping cause him to come off as a bit of a pompous ass. Still, the story has a complete arc and taken with a grain of salt actually makes for an interesting narrative, and is really an inspired source for a film adaptation.

The Movie:
It’s impossible for Simon Pegg not to be funny, and he brings a sort of sympathy to Toby that the book lacks, yet it’s still very hard to relate to such a despicable character. The movie changes nearly everything- only Toby, now Sydney, and Graydon, now Clayton (Jeff Bridges), remain relatively the same, with a few anecdotes making it to film such as the incident in which Sydney asks a famous actor if he is Jewish and gay (in the book it’s Nathan Lane) and Sydney ordering a strip tease in the office on Take Your Daughter to Work Day. Other than that there are new characters, such as Alison (Kirsten Dunst) who plays Sydney’s unlikely love interest and Sophie Maes (Megan Fox) a hot young actress who Sydney relentlessly tries to land in bed. The film has its moments of being laugh out loud funny (most of which are lifted straight from the book), but when it comes down to it Sydney is not a character that we want to see rise to success and get the girl.

What’s Missing:
Almost all of the tangents from the memoir, plus a ton of characters including Alex di Silva, Toby’s good friend who meets great success in Hollywood as Toby falls from grace; Chris Lawrence, Toby’s office mate who he immediately bonds with and shares his love for all things British and James Bond; and Caroline, the little sister of a friend from London who comes to live with Toby and whom he falls helplessly in love with. 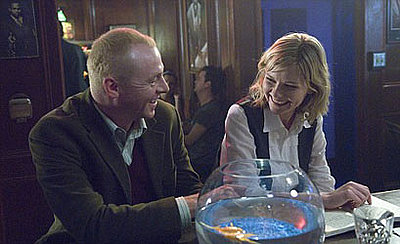 What’s New:
Alison is like a hybrid of Elizabeth, the smart successful fashion director of Vanity Fair, Aimee who co-heads the department that Toby works in, with a little bit of Caroline thrown in for the romance. The actress Sophie Maes mixes Sophie Dahl the supermodel who befriends Toby and becomes his roommate with the many actresses and supermodels who rejected Toby along the way, plus a little bit of Pippi, the assistant whose dog incident makes it to the film in the form of Cuba, Sophie’s ill fated Chihuahua. Eleanor (Sophie’s publicist), Lawrence Maddox (Sydney’s boss), and Vincent LePak (the young, “it” director) are all completely new to the story. Also, the character of Elizabeth Maddox doesn’t exist in the book, but the characteristics and scenes they applied to her are that of Anna Wintour in the book. I think it would have been a cute little throwback had they gotten someone who at least looked like Meryl Streep (if not Meryl herself) and named the character Miranda.

Overall Adaptation:
I was pretty lukewarm on the memoir, but it had the possibility of being a great source of adaptation. However, the film left me feeling pretty lukewarm as well, but I did find Simon Pegg a tad less pompous than the original Toby Young and more of the bumbling idiot that Pegg plays so well.

Posted on October 11th, 2008 by Jess | Leave a Comment (2)
Filed Under Entertainment