George Romero’s The Crazies Being Remade 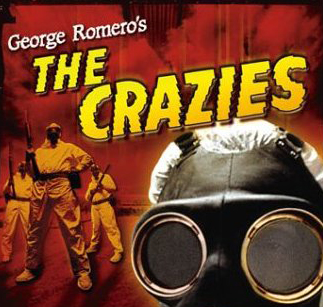 Remakes of horror icon George Romero’s films can go either way; there have been some awesome reinterpretations (Dawn of the Dead), along with a lot of horrible remakes/sequels (Day of the Dead & Day of the Dead 2: Contagium). Well, we’re about to get another remake, so let’s cross our fingers that it is a good one.

The Crazies, which was written by Paul McCollough and George A. Romero with direction by Romero, is a cult horror classic. Released in 1973, the original focused on a small Pennsylvania town where a man-made virus is released that causes an outbreak of insanity and death, forcing the military to fight and contain it.

According to Variety, George Romero will act as an executive producer on the remake, which will be directed by Breck Eisner (Sahara) from a script by Ray Wright and Scott Kosar. The new film takes place in Kansas, where a mysterious toxin causes the outbreak of “Crazies”. They are expected to lens early next year for a 2010 release.

Posted on October 8th, 2008 by ThePit | Leave a Comment (1)
Filed Under Entertainment