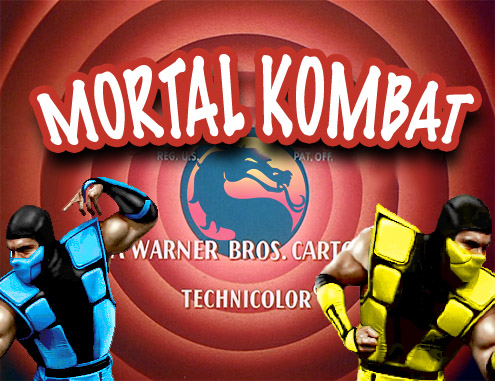 Variety is reporting that Warner Bros. bid of 33 million dollars for Midway Games has been approved and has gone through, which gives most of the gaming company’s assets to the mega studio. Included in the mix is Mortal Kombat, Spy Hunter, Wheelman, Joust, and a ton of other classic games.

Midway created (or distributed) such titles as NBA Jam, Defenders, Primal Rage, Killer Instinct, War Gods, Rampage, and Area 51 (among countless others).  It is unknown which of Midway’s classic titles Warner Bros. has the rights of, but there is speculation that they will be moving ahead with re-imaginings of some of the more classic titles, along with a second Mortal Kombat vs DC Comics crossover game. Personally, I’d love to see new versions of Rampage and Area 51.

It is also a bit unclear what this means for Midway properties that have films and TV shows in development. Will MK’s second sequel Mortal Kombat: Devastation finally get made? Or will it be scrapped and rebooted by the WB? Hopefully the latter as the MK films were painful for this fan to watch.  How about the proposed Spy Hunter film starring The Rock? Hopefully Warner Bros. will issue a statement soon with plans for the properties.

It is exciting to see where a company with Warner’s power will take classic Midway titles.

Posted on July 3rd, 2009 by ThePit | Leave a Comment
Filed Under Entertainment