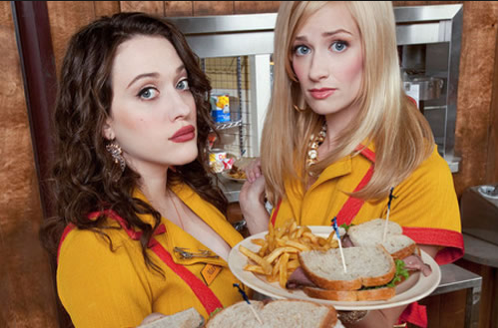 After a disappointing second season, 2 Broke Girls has rebounded a bit. The show has found a good groove with Kat Dennings’ Max going to culinary school and all of the new characters that have come with it. This is something she (and the show) should have done before her and Caroline (Beth Behrs) opened a Cupcake Shop (the second season raced too far ahead too quickly). The supporting cast including Matthew Moy as Han, Garrett Morris as Earl, and Jonathan Kite as Oleg, all click and own their characters. The diner scenes are still the funniest and most enjoyable part of the series.

Official Episode Description, “And the Icing on the Cake”: When Deke invites Max’s friends over to his dumpster house, Caroline learns a big secret about his background.

Posted on January 27th, 2014 by ThePit | Leave a Comment
Filed Under Entertainment