Marvel Studios has released a new poster and teaser trailer for Avengers: Age of Ultron. Check out the new poster, which is a very cool variation of the original Avengers poster. 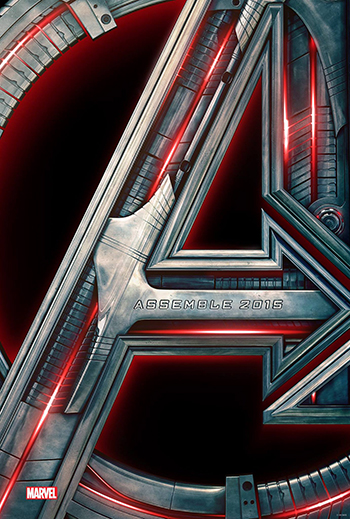 You can check out the teaser trailer here. Directed by Joss Whedon, the action sequel teams up the original Avengers with a crop of new heroes from other Marvel solo movies (the Falcone from Captain America: Winter Soldier, War Machine from Ironman 2 & 3) to take on a much worse evil entity (the title character Ultron). The movie will star Robert Downey Jr, Chris Evans, Chris Hemsworth, Scarlett Johansson, Samuel L. Jackson, Jeremy Renner, Mark Ruffalo, Cobie Smulders, and Paul Bettany, with newcomers to the Marvel Universe Aaron Taylor-Johnson, Elizabeth Olsen, Andy Serkis, and James Spader as Ultron.  We have a long wait as it does not come out until May 1, 2015.

Posted on October 23rd, 2014 by ThePit | Leave a Comment (1)
Filed Under Entertainment