The 5Ws and How: Chasing the Win

Earlier this year we had the chance to chat with Laura Sheehy, the co-director/writer and producer of Chasing the Win, a documentary focusing on the world of horse racing.

Who?
Chasing the Win is a documentary feature film that follows Carl O’Callaghan, a rookie trainer, Patrick Sheehy, a physician and veteran race horse owner, and their beloved racehorse, Kinsale King. Myself (Laura Sheehy) and my co-collaborator, Chris Ghelfi made the film and Indie Rights released it.

What?
Chasing the Win follows the meteoric rise of a rookie trainer, a down on his luck owner, and their imperfect racehorse after an unprecedented victory thrusts them into the global spotlight of horse racing. Success and fame are followed by the hard-hitting reality of what it means to survive in the Sport of Kings.

Where?
It takes place at race tracks across America, Dubai and England.

When?
Beginning in 2010, we started filming, followed our characters for 1 year, culminating with a big event in the film. Then we edited for many years, all the while seeing if the story we were aiming for had changed or not. We struggled with our cuts and took a long time working on it. We then followed up with more filming 6 years later as we started to get into festivals. We felt there was some footage we needed to update. So we showed our film at 3 festivals, then shot some new footage and updated our ending for the remaining screenings we had. All of this was prior to it’s theatrical screening and release at the end of 2018.

Why?
I made this film because I’ve grown up around horse racing and found the world fascinating on so many levels. I had wanted to make a film within that world, but my father always said, “It’s not a good story unless you have a winning horse.” So when Kinsale King and Carl O’Callaghan came along, it was just something special and a friend of mine said, “We should film that.” (“That” being the unprecedented victory at the beginning of the film with Kinsale King in Dubai)

We started following the story after he won in Dubai. But really, at the end of the day my dad has not stopped pursuing his dream all his life and at the age of 71 years old, his dream came true when a beloved racehorse of his won a Grade 1 race in Dubai. This was a 2 million dollar purse. I found that incredibly inspiring. So I wanted to share this story to ultimately inspire others to pursue their dream- whatever it may be. One thing my co-director and I always hoped people got from this movie was that it was NOT about the win, but it is about the chase. Just like life. We really feel this story is a metaphor for life.

Posted on March 28th, 2019 by ThePit | Leave a Comment
Filed Under Entertainment

Tags: CHASING THE WIN, independent film, movies, the 5 ws & how

“I am a typed director. If I made Cinderella, the audience would immediately be looking for a body in the coach.” -Alfred Hitchcock

Boppin’ at the Glue Factory Images 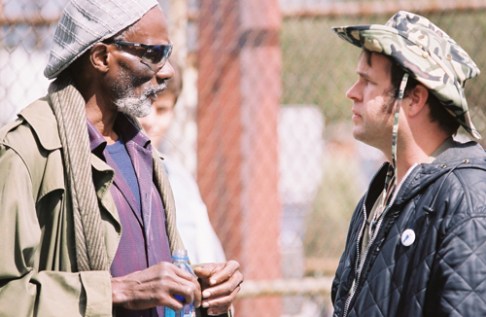 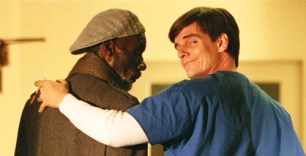 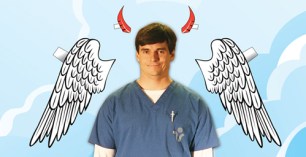 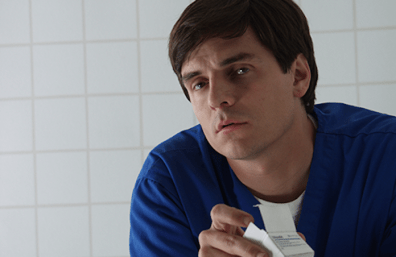 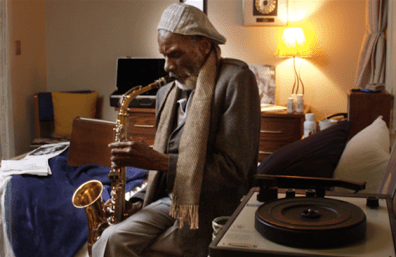 Learn more about Boppin’ at the Glue Factory, which was directed by Jeff Orgill and stars Henry Dittman, Conrad Roberts, and Mews Small.

Posted on December 23rd, 2018 by MHD | Leave a Comment
Filed Under Entertainment

Lots of Movies Available to Watch for Free on YouTube

#WatchOnline just became even better. A ton of popular movies (something for everyone) are available on YouTube to watch for free (legally and ad supported).

Above is a spotlight one some of the movies (Legally Blonde, The Terminator, Kung Fu Killer, With Great Power… The Stan Lee Story, Monsters, and I Wish), but there are so many more available to check out, including All Dogs Go to Heaven, Zookeeper, The Lost City, Bio-Dome, Saved, Dirty Rotten Scoundrels, etc.

Head over here to check out all of the movies that are currently available to watch online for free.

After you are done watching the movies for free, you can head here to purchase them.

Posted on December 21st, 2018 by ThePit | Leave a Comment
Filed Under Entertainment

We are super excited to present an awesome giveaway from COMET and CHARGE! Our favorite free online TV networks.

We talk about COMET TV a lot (with its awesome programming including Babylon 5 and Godzilla movies), but CHARGE! is it’s brother Network that focuses on ACTION shows and movies! Included in CHARGE!’s lineup are classic shows, movies, and wrestling! Lets take a look at a few of the shows on their schedule, some of COMET TV’s programs, then we’ll have details on how to take home the awesome prizes in the above image (I need me a pair of those CHiPS aviators!).

At MHD we LOVE sci-fi and we LOVE action. We want to know your favorite sci-fi and action TV shows and movies! To win all of the swag above (Babylon 5 Prints & Hat, CHiPs Aviators, Flash Gordon Clamshell), you have three ways to enter the giveaway. As always, each way you enter increases your odds of winning!

One winner will be drawn at random from all of the entries on December 5th! You can watch CHARGE! here and COMET TV here.

DISCLAIMER (and other Details)
This contest is only open to visitors with a valid address from the US or Canada. Prizes can not be sent to a PO Box. All comments must be made with a (working) email address, so we are able to contact you if you win. Also please follow us on Twitter and like us on Facebook, so we can DM you if you are chosen as the winner. Once contacted, you have 24 hours to reply with the requested details. The winner will be chosen randomly from all of the entries. You must be 18 or older to enter. Each household is only eligible to win one COMET TV/CHARGE! PRIZE PACK via blog reviews and giveaways. Only one entrant per mailing address per giveaway. If you have won the same prize on another blog, you will not be eligible to win it again. All assets included within this giveaway were provided by and to promote COMET TV + CHARGE! . Winner is subject to eligibility verification.

Posted on November 30th, 2018 by MHD | Leave a Comment (5)
Filed Under Contest, Entertainment

COMET TV keeps getting and airing awesome classic sci-fi on their free online network! They recently added Space: 1999 (SEE: Journey to Space: 1999!) and air such shows as Stargate SG-1 and Andromeda. Now you can add Babylon 5 into the mix!

Official Description: The year is 2257. Babylon 5 is the last of the five-mile long Babylon space stations built by Earth for peaceful inter-species trade and diplomacy. Babylon 5 is managed by Earth Force and maintains peace and stability in the region during a time of diplomatic tension and even war. The epic five-year tale of Babylon 5 created by J. Michael Straczynski is considered one of the best science fiction television series ever created.

You can watch Babylon 5 everyday at 9am pst and every night at 6pm pst over on COMET TV.

Posted on November 3rd, 2018 by ThePit | Leave a Comment
Filed Under Entertainment

Here are a few spotlight issues coming out today! #NewComicWednesday

SHATTERSTAR #1
Official Description: A gladiator, a warrior, a hero…the man called Shatterstar has been many things, but one thing he’s always been is deadly. He’s not a man you want to cross or you’ll learn that fact all too well. Walk back into the darkness with Shatterstar!
Writer: Tim Seeley | Artists: Gerardo Sandoval, Carlos Villa

X-MEN BLACK: MAGNETO #1
Official Description: MAGNETO IS BACK…and so is Chris Claremont! For years, Magneto has done everything he can to achieve his goals for mutant domination. But now Magneto has declared that enough is enough. So what revolutionary plan does Magneto have that will change the face of mutantkind? And will anyone be able to stop him? Will anyone want to? PLUS: Includes Part 1 of X-MEN BLACK: APOCALYPSE the back up story by Zac Thompson, Lonnie Nadler, and Geraldo Borge!
Writers: Lonnie Nadler, Zac Thompson | Artists: Geraldo Borges, Dalibor Talajic

BATMAN #56
Official Description: The Dark Knight’s looking to drop both the hammer and sickle on the KGBeast, whose rampage across Gotham City takes a toll on Nightwing when he’s injured in the fray. Blaming himself for his ward’s fate, Batman gets grimmer than usual—and vows to take the Russian assassin down like the Berlin Wall. Is even Gotham City ready for that much violence? The streets will run red like borscht if the Dark Knight gets his way against this Soviet scourge.
Writer: Tom King | Artist: Tony S. Daniel

THE CURSE OF BRIMSTONE #7
Official Description: Early-warning sign you’re about to get murdered: a mysterious, cursed ledger directs you to a small, eerie town filled with an unusual amount of amputees who all take a keen interest in you. That’s what the cursed Joe and his sister Annie are up against when their ledger leads them to a town where strangers check in, but they don’t check out.
Writer: Justin Jordan | Artist: Eduardo Pansica

SPARROWHAWK #1
Official Description: Teen Victorian fairy fight club! As the illegitimate daughter of a Naval Captain, Artemesia has never fit in with her father’s family, nor the high class world to which they belong. However, when she is targeted by the Faerie Queen and pulled into another realm, she has no choice but to try and save the world that has always hated her.
Writer: Delilah Dawson | Artist: Matias Basla

JIM HENSON BENEATH DARK CRYSTAL #3
Official Description: The challenge for the throne between Thurma and Nita begins in Mithra! Meanwhile, Kensho and his new companions visit a village with hopes of helping the locals… but things are not as they appear.
Writer: Adam Smith | Artist: Alexandria Huntington

What will you be picking up today?

Posted on October 3rd, 2018 by admin | Leave a Comment
Filed Under Entertainment