You are here: Home // Posts Tagged With a legacy of whining

A Legacy of Whining Images 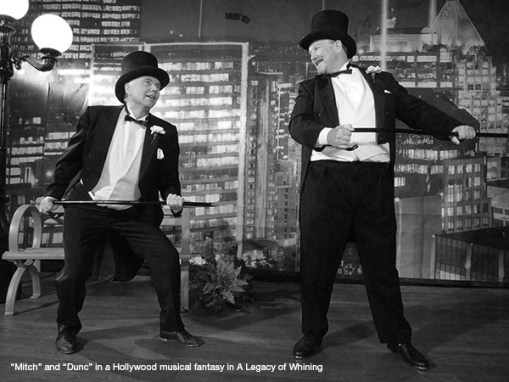 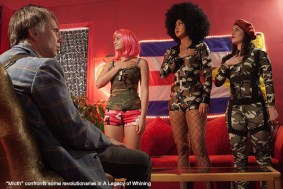 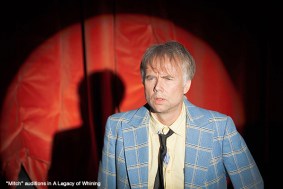 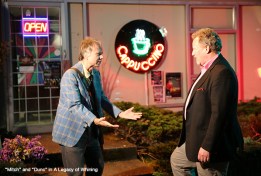 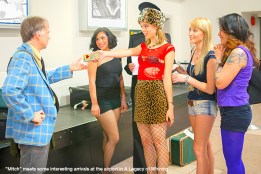 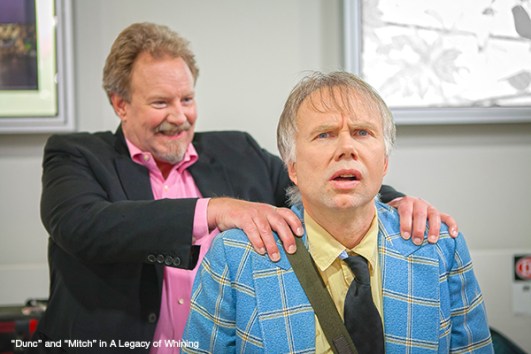 Posted on October 22nd, 2019 by MHD | Leave a Comment
Filed Under Entertainment

The 5Ws and How: A Legacy of Whining

We are thrilled that we were able to discuss the indie film A Legacy of Whining with producer Maria Munro and director/writer Ross Munro.

What?
A Legacy of Whining is a 1970’s-influenced buddy comedy with serious undertones about two former high school friends who reunite thirty years later for an event-filled and quite disastrous evening that painfully proves “the past ain’t what it’s cracked up to be”. Some of the movie’s tonal and thematic references ranged from the classic American buddy films of the late ’60’s/early ’70’s like The Odd Couple to the early work of Woody Allen (Bananas/Take The Money and Run) and Martin Scorsese’s After Hours.

Where?
The story and events depicted in A Legacy of Whining take place in a nameless city in present day North America over the course of a single evening (from dusk to dawn) which helps establish a more “universal” tone to the movie and allows viewers to further imprint their own experiences and to the film’s actions and characters and captures a more “dream-like” essence and surreal vibe to the proceedings.

When?
The film itself was shot in Vancouver, Canada (and some of its surrounding suburbs) over the course of six months from February 2014 – July 2014 using a combination of actual existing locations and constructed sets.

A Legacy of Whining had its World Theatrical Premiere in Vancouver at Van City Theatre in April 2016 and has since played at numerous film festivals (and is currently available on all major online digital platforms including iTunes, Google Play, and Amazon Prime).

Why?
Having recently come to a mid-life artistic crossroads as a filmmaker, I originally wanted to concoct a funny tribute to all those cool ’70’s buddy films I grew up watching every Saturday at my beloved Winnipeg movie theaters but as the story of the characters developed I began to discover that A Legacy of Whining started to reveal more darker shades having to do with questioning one’s life and the ultimate issue of wondering whether or not your life has amounted to anything. I was interested also in examining through the character of “Mitch” why one feels so desperately inclined to living in the past and how this affects your ability to move forward and grow. Hopefully, we- as the audience- can relate to all the messy aspects of growing older and figuring out this great unknowable void called life through the diametrically opposed view points of the main characters Mitch and Dunc as they spend the evening sparring over what their lives have become as they take their painful views into the rearview mirror of their existence.

How?
A Legacy of Whining is available to rent/own on all major online digital platforms in North America and internationally on iTunes, Google Play, Amazon Prime as well as having all distribution, broadcast and sales rights currently available by Los Angeles-based distributor Indie Rights.

Posted on December 27th, 2017 by ThePit | Leave a Comment
Filed Under Entertainment, Featured

Director Ross Munro and producer Maria Munro present the indie film A Legacy of Whining. In the comedy, “the past ain’t all it’s cracked up to be when two former high school friends reunite thirty years later in a painfully comedic and bittersweet rollercoaster of an evening.” We will be spotlighting the movie with one of our 5Ws and How articles soon, but until than enjoy the movie’s trailer and you can watch it for free on Amazon Prime.

Posted on November 11th, 2017 by ThePit | Leave a Comment
Filed Under Entertainment