You are here: Home // Posts Tagged With boppin’ at the glue factory

Boppin’ at the Glue Factory Images 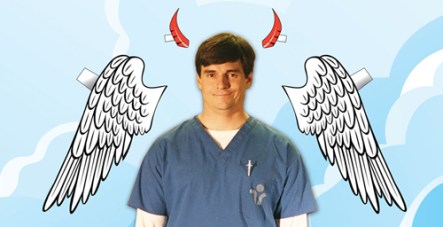 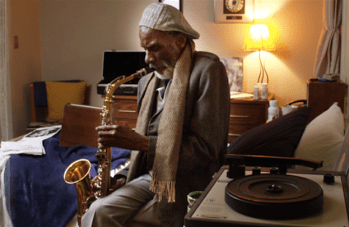 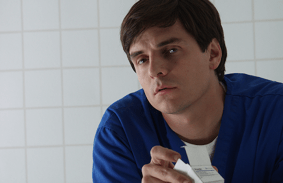 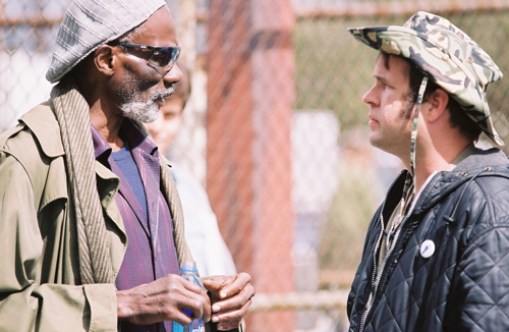 Learn more about Boppin’ at the Glue Factory, which was directed by Jeff Orgill and stars Henry Dittman, Conrad Roberts, and Mews Small.

Posted on December 23rd, 2018 by MHD | Leave a Comment
Filed Under Entertainment

Last year we had the please of talking with director Jeff Orgill of Boppin’ at the Glue Factory (See: The 5Ws and How: Boppin’ at the Glue Factory). If you have not seen the satire yet, it follows a drug-addled nurse who lands a job in a ramshackle convalescent home, where he develops a mutually enabling relationship with jazz saxophone-playing resident. The movie “explores the relationship between addiction, friendship and co-dependency.” Watch the trailer above, then check out the flick on Amazon.

Check out these other films to rent/buy online…

Posted on August 11th, 2017 by ThePit | Leave a Comment
Filed Under Entertainment

The 5Ws and How: Boppin’ at the Glue Factory

We were thrilled to chat with director Jeff Orgill about his independent film, Boppin’ at the Glue Factory.

Who?
Boppin’ at the Glue Factory, directed by Jeff Orgill, is a satire which incorporates a variety of likeable characters spearheaded by the very talented Henry Dittman and Conrad Roberts. Ditman plays Eric Labudde, an addicted nurse who can get away with anything, and Roberts plays jazz man Tharin Sanders. Together they form an unlikely partnership all in the name of getting high.

This is lead actor Henry Dittman’s first leading role in a feature length motion picture. Conrad Roberts, as jazzman Tharin Sanders, has memorable roles in Mosquito Coast as Mr. Haddy and in Serpent and the Rainbow as Christophe. Mews Small’s, as Mary LeDoux, most recognizable role was as Candy, Jack Nicholson’s partying girlfriend in One Flew Over The Cuckoo’s Nest who deflowers Billy Bibbit.

What?
Desperate for a place to live and for his next fix, drug-addled nurse Eric LaBudde (Henry Dittman) lands a job in a ramshackle convalescent home, where he develops a mutually enabling relationship with jazz saxophone-playing resident Tharin Sanders (Conrad Roberts). As Eric charms his way into the home’s drug cabinet, he inadvertently brings some light to the retirees’ grim lives.

Where?
Boppin’ at The Glue Factory takes place in St. Joseph’s Convalescent Home – a grim geriatric care facility. The shooting location was in Norwalk, California at the Metropolitan State Hospital at a decommissioned building that had also been featured in Tim Burton’s Ed Wood.

When?
Boppin’ at The Glue Factory finished post-production in 2009 and after an award-winning festival run was released through Prescreen.com, Passion River Films and Indie Rights for online distribution.

Why?
When director Jeff Orgill discovered his video camera was missing and had been pawned by his junkie friend and roommate he was inspired to explore the relationship between addiction, friendship and co-dependency. Orgill fathomed issues about complicity, enabling behavior, trust and betrayal as he grappled with the personal horror of finding your best friend was not who he appeared to be. By transposing his personal predicament to the world of health care in an old age facility, Orgill was able to get some needed distance from this painful personal story, working in a more social and satirical commentary about a bleak American institution – the “old folks home” AKA “the glue factory.”

How?
Boppin’ at The Glue Factory is available on VOD and DVD.