You are here: Home // Posts Tagged With cloris leachman

What other TV shows are online?

Our friends over at 141tv have been keeping busy and keeping an eye on new fall shows as they are added online. Here are a few more that you can watch full episodes for… 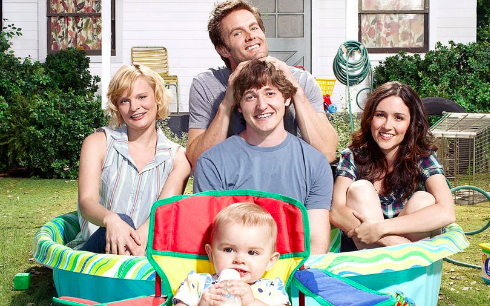 Raising Hope
A new Fox comedy from Greg Garcia, one of the co-creators of the very funny My Name is Earl, and stars Lucas Neff, Garret Dillahunt, Martha Plimpton, Shannon Woodward, and Cloris Leachman.  In the series, Neff is Jimmy Chance, a young man whose life is going nowhere until a chance romantic encounter with a girl he doesn’t know is a serial killer.  Nine months later he has a kid and she is gone, and it is up to Jimmy and his unique family to raise this baby, Hope. Like My Name is Earl this series features a very dysfunctional family, people who are very lovable characters.  Check out the new episodes here.

No Ordinary Family
I gotta say, I’ve been really enjoying the family superhero dramedy No Ordinary Family.  The series is from Greg Berlanti and Jon Harmon Feldman and airs on ABC. It stars two actors that aren’t strangers to the superhero world, Punisher War Zone‘s Julie Benz and Thing from the Fantastic Four series, Michael Chiklis. Rounding out the family is Jimmy Bennett and Kay Panabaker, with supporting actors that include Autumn Reeser, Romany Malco, and Stephen Collins. The show has a good balance of action and family drama and it is not taking itself too seriously, which helps. So far it has been fun and entertaining. Check out the first five episodes here.

Detroit 1-8-7
This new ABC crime drama is from Jason Richman and stars The Sopranos‘ Michael Imperioli, along with James McDaniel, Aisha Hinds, D.J. Cotrona, and Erin Cummings. The series takes a gritty approach to crime and uses mostly handheld camera. Content wise it reminds my of NYPD Blue.  Regardless of low ratings, it already has been extended to a full season order of episodes and I’m interested to see where they take this series. If you are a big fan of crime shows, you should give Detroit 1-8-7 a chance, you might like it. Check out the last five episodes from the show’s 141tv profile.

Have you been watching Raising Hope, No Ordinary Family, or Detroit 1-8-7? What are your thoughts?

Posted on November 1st, 2010 by ThePit | Comments Off on What other TV shows are online?
Filed Under Entertainment