You are here: Home // Posts Tagged With keanu reeves

Keanu Reeves is set to star in a modern retelling of Robert Louis Stevenson’s Strange Case of Dr. Jekyll and Mr. Hyde for Universal, reports THR.  Titled Jekyll, the film is being written by Justin Haythe (Revolutionary Road) with Nicolas Winding Refn (Bronson) in talks to direct.

While I wasn’t the biggest fan of Haythe’s adaptation of Revolutionary Road, I think he has a better chance to shine with Jekyll and Hyde.  Unlike Road, he would have much more freedom to make this story his own. If set in present day, I think they’d have a ton of options to keep the story fresh.

This brings me to Reeves’ casting. Regardless of my undying love for Bill and Ted, Point Break and Speed, I’ve been hard on him in the past due to his emotionless and robot-like personality. Now, with the right direction and script, I think Reeves’ one note could be a high note as Dr. Jekyll. As a genius scientist that is detached from reality and socially awkward, Reeves’ zoned out stares would be fitting. I just hope that they make Mr. Hyde vicious and over the edge.

You can prepare for the new film by reading the Strange Case of Dr. Jekyll and Mr. Hyde online here. What do you think about the casting? Are you up for another version of Jekyll and Hyde?

Posted on May 8th, 2009 by ThePit | Leave a Comment (1)
Filed Under Entertainment

I started off my panels at Comic-con with the Fox panel which promised both Keanu Reeves and Mark Wahlberg, and then threw a cherry on top with a surprise visit from Hugh Jackman! Keep reading for a rundown of the 20th Century Fox Panel. 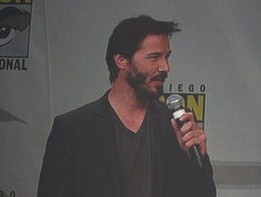 The Day the Earth Stood Still
Director Scott Derickson came out with cast members Keanu Reeves and Jennifer Connelly. Keanu talked about what it’s like to play an emotionless alien (heh) and Derickson talked about modifying, but still doing justice to the original 1951 film. They assured us that there would be a Gort (though there previously hadn’t been a sign of him in the released footage), but they had taken liberties in updating the space ship. To be honest I can’t get on board with this film. The original is a classic and there was more violence in the three clips they showed during the panel than the entire original film. 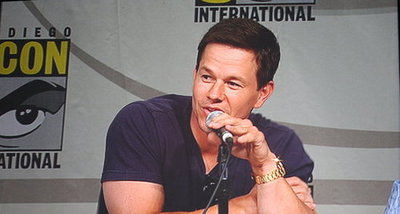 Max Payne
This movie looks like it’ll be this year’s Shoot Em Up. It’s got intense and stunning action, but with a little tongue in cheek. I’m not quite sure where the demons fit in (I guess I didn’t get that far in the video game), but Mila Kunis is hot and Mark Wahlberg makes an awesome Max Payne. The film looks like it’s shot very uniquely and they mentioned that they were implementing technology of a new-to-the-industry slow motion camera called Phantom to recreate the “bullet time” of the video game. Mark Whalberg, Mila Kunis and Ludacris were all there to talk about the film. Whalberg was really funny, but was also majorly into the self promotion. I think he mentioned every single film he’s been in during that panel throughout different stories and references. 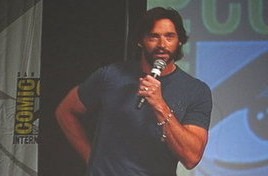 X-Men Origins: Wolverine
Everyone was getting up to leave the panel when…surprise! Hugh Jackman came bounding out onto the stage saying he literally just stepped off a plane from Australia. They’d just wrapped Wolverine, and he’d walked off the set with a handful of footage and hopped on a flight to Comic-con. Before he showed it, Jackman hopped off the stage, high fiving the crowd as he made his way through to shake the hand of Len Wein, creator of Wolverine, for starting his career. Jackman seems so humble, gracious, and like an all around awesome guy. He was so enthusiastic about the film and he really built the crowd up. Then he showed some amazing footage that gave us a great look at the Wolverine/Sabertooth (Liev Schreiber) relationship, as well as a glimpse of other mutants in the flick such as the Blob, Deadpool, and Gambit. The crowd went absolutely nuts for it.