You are here: Home // Posts Tagged With kim kardashian

I Keep Up With The Kardashians 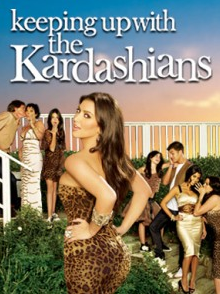 The Kardashians love drama. I guess that’s why they have a television show. I know most men feel that Kim Karadshian is one of the most beautiful women on the planet, but I am not one of them. She’s pretty, but she’s just not my type. The reason I watch the show is because I have gotten to know all of them through their show and I want to see how everything will play out in their lives. For instance, will Scott stick around and make it as part of the family? I highly doubt it. Many tabloids say he’s a cheater. And this is on a consistent basis. And what about Kim? Will she ever find a permanent romance and someone she can marry? And what’s the deal with the Dash store? Is it a success or a failure? All those are great aspects to the show, but the most appealing aspect to me is Bruce Jenner. No, I don’t mean in a physical way. There is just something about his character that makes you want to watch more of him. It’s like he is the glue that barely holds that family together, and if he makes one false move all hell will break loose. This has happened in the past, so it’s bound to happen again. Keeping Up With The Kardashians is the primary reason I have Free on Demand on satalite tv packages. It’s not the only reason, but its definitely at the top of the list.

Posted on November 6th, 2010 by admin | Comments Off on I Keep Up With The Kardashians
Filed Under Entertainment